DBE Gets New Board Members 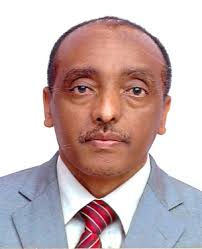 Some of the Newly Appointed Board Members

Tegegnework Gettu (PhD) has appointed as Chairperson of the Board by replacing Shiferaw Shigute after receiving a letter of appointment.

The letter was issued on December 25, 2018 by Director General of Public Enterprises Holding and Administration Agency, Beyene Gebre Meskel.